Stephen has been working at YMCA St Helens for over a year and is a Sports Coach for the Y Sports project. 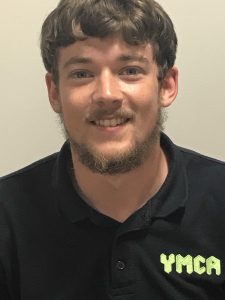 Stephen has always loved sports and is a massive Rugby League fan and being a local lad obviously supports Saints! As part of his role, Stephen works in partnership with Saints Community Foundation, Carmel College and a number of local schools to deliver mixed ability rugby sessions to a wide range of young people. Although Stephen works across all sports, when pushed he will admit that the rugby sessions are his favourite.

Across the week, Stephen will usually deliver around 14 sessions and works 30 hours. Admin and planning time will be fitted around the session timetable and Stephen says that one of the best things about his job is that he gets to work with young people around fitness, health and sports and not just focus on one thing.

We pushed Stephen to tell us the best thing about working at YMCA St Helens and he describes this as the amount of people we can reach, the new people he’s met and the new experiences he has had.

We asked Stephen what advice he would give his 16 year old self:

“Challenge yourself on things you usually shy away from”

Stephen has used his interests in sports to achieve a L2 Coaching Award at College and then went on to University Centre St Helens to achieve a Foundation Degree in Exercise, Health and Fitness and thinks that sport can be a brilliant career option.

Stephen says the highlight of his year has been Y Sports reaching the finals of the national Youth Matters Awards and he looks forward to winning next year!

Y Sports provides free and low cost sports and activities for young people aged 10-18 across St Helens and is based from The Beacon on College St.